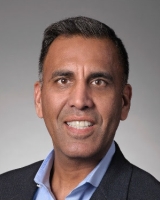 J.P. Singh is Chair of Culture and Political Economy, and Director of the Centre for Cultural Relations at the University of Edinburgh. He is known for his research on international trade and development, Information and communication technologies for development (ICT4D), cultural economics, identity politics, diplomacy and negotiations, and global governance. 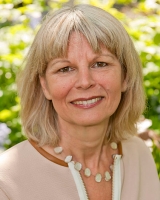 José van Dijck is Distinguished Professor at Utrecht University and former Dean of Humanities at the University of Amsterdam. She researches social media, media technologies and digital culture, and has authored such books as Mediated Memory in the Digital Age and The Culture of Connectivity (Stanford Univ. Press 2007). Prof. Van Dijck has been a visiting scholar at the Massachusetts Institute of Technology (MIT), the University of Technology in Sydney, and the Annenberg School of Communication at the University of Pennsylvania

Since 2010 Prof. Van Dijck has been a member of the Royal Netherlands Academy of Arts and Sciences. In 2015 she was elected by Academy members as the president of the organisation and became the first woman to hold the position. 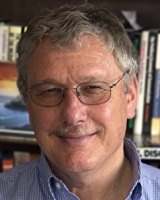 Joseph D. Straubhaar is the Amon G. Carter Centennial Professor of Communications in the Department of Radio-TV-Film at The University of Texas at Austin. He is the current Director of the Moody College of Communications’ Latino and Latin American Studies Program.

Professor Straubhaar’s primary teaching, research and writing interests are in global media, digital media and the digital divide in the US and other countries, Brazilian and Latin American television, media and migration, and global television production and flow. He has authored several books, including The Persistence of Inequity in the Technopolis: Race, Class and the Digital Divide in Austin, Texas (University of Texas Press 2011), World Television from Global to Local (Sage 2007), and Media Now, a textbook he co-authored with Bob LaRose which has been reprinted nine times. He has also edited and co-edited several volumes, as well as published numerous articles and essays on global media, digital inclusion, Latin American media, media flow and culture, and other topics. 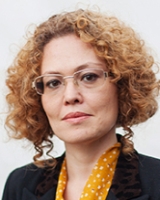 Professor Tlostanova’s work focuses on decolonial thought, non-Western feminism, and contemporary art. Her most recent books include Postcolonalism and Postsocialism in Fiction and Art: Resistance and Re-existence (Palgrave McMillan, 2017) and What Does it Mean to be Post-Soviet? Decolonial Art from the Ruins of the Soviet Empire (Duke University Press, 2018).